If Dwayne Johnson was a car, I imagine he would look like this! 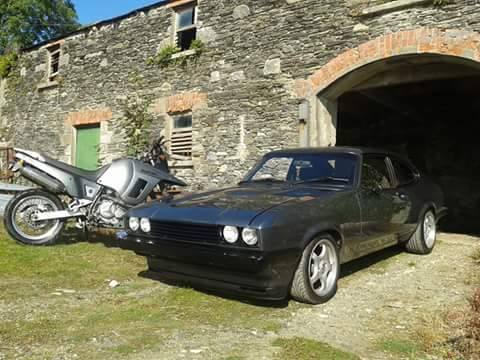 This grunt-worthy piece of dream machinery was built by Wicklow native, David Burnell. A bargain buy 6 years ago, David has devoted countless hours, and nearly €20,000 besides, to turning this machine into the awe-inspiring monster it is today. The attention to detail on this build is astonishing. It takes a man with passion bordering on obsession to create this, and passion is something David has by the bucketload. 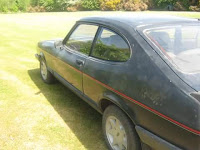 A scruffy looking 2.8 when he bought it, the car was stripped down to it's skivvies and built back up again (I suspect with a dosing of protein powder along the way).
Of course, as anyone who has spent even a day working on a car will know, nothing comes easy. Once the car was stripped, David discovered rust, lots of it. Not to be deterred, he persevered. 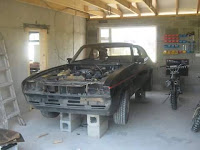 With donations from another Capri or two, David managed to build his car from the ground up, literally. Every inch of this car complements the next. From the flush body panels to the chunky interior, this car oozes power even while stationary.

There is a seamless flow from the front lip to the exhaust pipes. The muscle rims and frowning front end give this car a very intimidating look.

So what about the man behind the beast? What drove him to put so much effort into this particular car. As he says himself, he'd always loved the Ford Capri since he was a young lad, and when this came up for sale he jumped at the chance to buy it.

"Some fellas love their football or soccer or whatever, but I've no interest really. All I talk about is cars, I love cars and Rally and all of that." 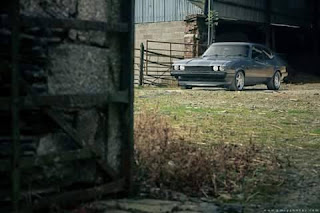 From speaking to David, it's clear that this car is like a child to him. After spending so much time and effort into it, I'm not at all surprised. In two years the car has only done 435 miles because, as David
says, the roads are just not suitable to drive it every day.

Some cars are just that, cars. Others take on a personality of their own and become like friends or family to us, this is the perfect example of that. At some stage or another, all of us car lovers have one that we just adore, and if we ever sell them, regret it. David, however, has no intention of selling his pride and joy, and why should he. After putting such a mammoth effort into creating this.

So you'd imagine that it's job done at this stage? Wrong. David still has more plans for his Capri. He plans on fitting an RX-8 6 speed gear box and retro door cards. He wants to get a more retro look to the interior. Just further proof that a build is never truly complete.

Have a look at the pictures below to get a sense of just what kind of effort has been put into this. 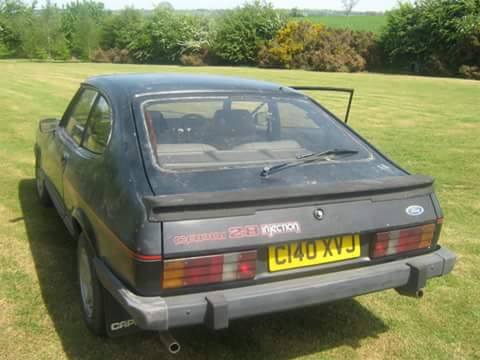 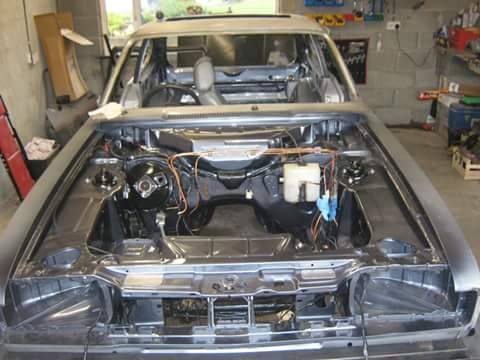 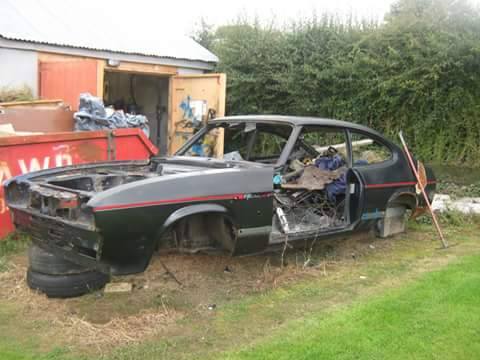 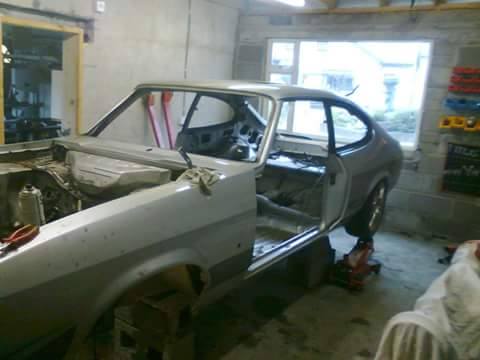 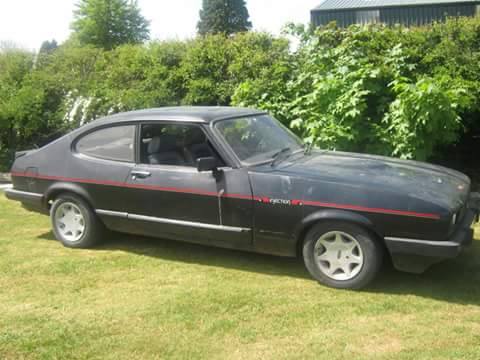 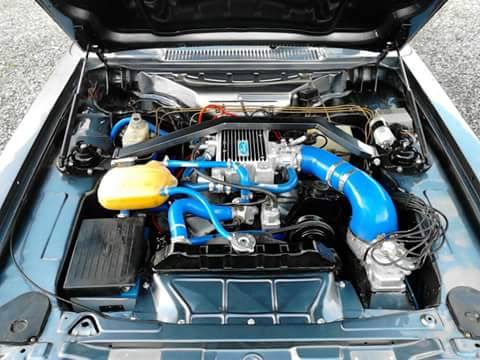 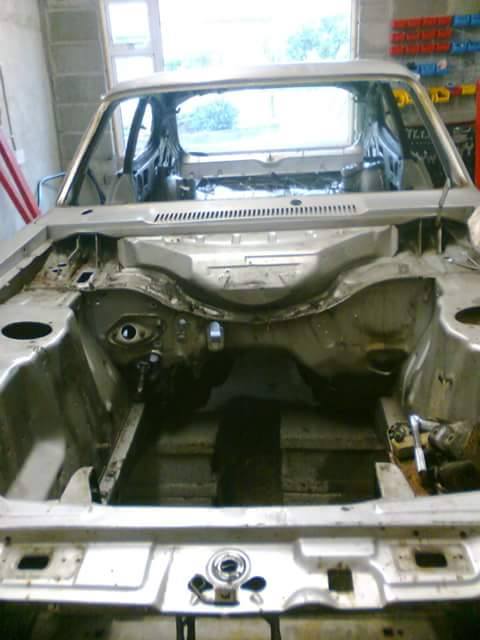 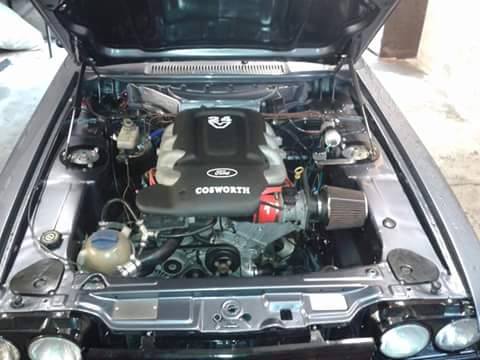 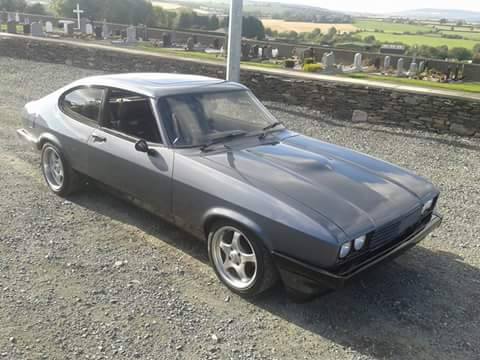 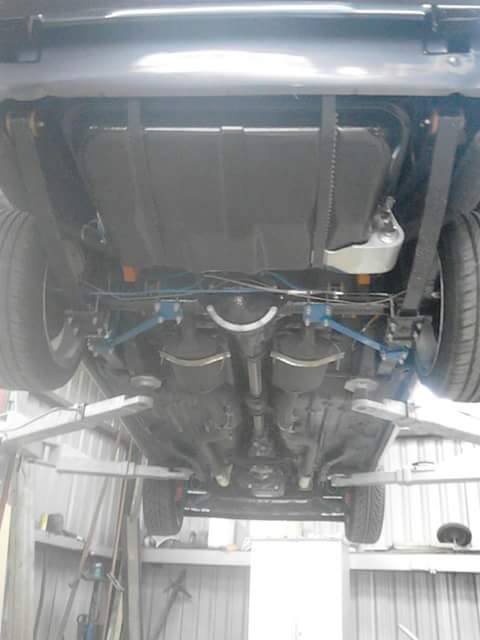 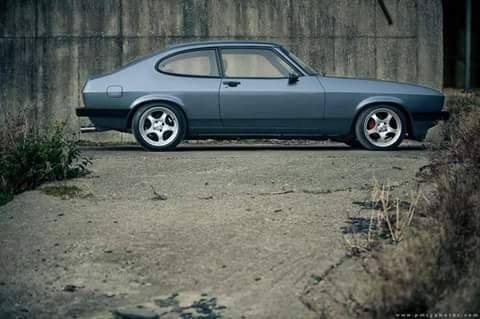 If you would like your car featured, email photos to info@ireland-underground.com 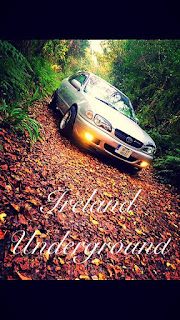 This is the place to read about the individual car stories that make the Irish car scene what it is. Our first car comes from Killorglin, County Kerry. The classic, Toyota Corolla.

The Toyota Corolla is a stalwart of the Irish car scene, the entry level car for so many enthusiasts. The Corolla's popularity is down to its simplicity, easily modified and easily insured. These cars can be made to look stunning with the right modifications, and it doesn't have to cost a whole lot either. The E11 hatchback is one of the most stylish models in the series, and the go-to option for new drivers. The most popular option comes with 1.4 VVTI engine as standard. 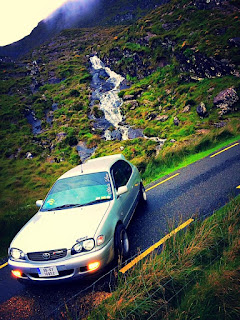 One of the neatest E11s I've seen on these roads belongs to Kerryman Patrick Foley.


Patrick bought his Corolla 18 months ago and in that time has transformed it into one of the best looking E11s in Munster. The good looks stem from the simplistic design, rather than slapping on a massive widebody kit and huge spoiler, Patrick's Corolla design enhances the "natural" looks of the car. A window tint, new spotlights, roof spoiler and front splitter give the car a more streamlined, sporty look. While the superlite rims and carbon wrapped eyelids add a little bit of grunt and muscle that really make this car stand out from the rest.

With these cars, it can be easy to get carried away with mods. There are hundreds of parts and accessories available for these. When it comes to Corollas, less is more, and Patrick's is one of the prime examples of this. Everything flows from the original lines and is almost what you would expect if Toyota made a sport version. 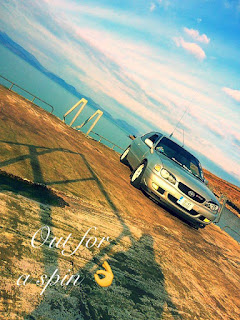 Of course, as any car enthusiast knows, the job is never complete. There are always parts to be bought, replaced, upgraded etc. Even now Patrick is still adding here and there, a few minor modifications to the interior (gear knobs and the like) and he now has a new set of rims (less brute, more sporty) to fit. That's not to count the enormous effort he puts into keeping it as clean as it is. I don't think this car has ever been seen looking less than immaculate. 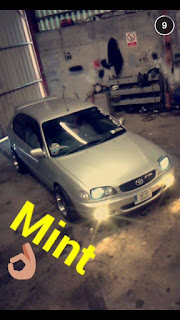 It's easy to see the care with which Patrick looks after his car. There is a lot of passion for cars in Ireland and this is something you will see in every one of these articles. Car enthusiasts often get a bad name from the general public. We get referred to as Boy Racers, Scum, Lowlife to name but a few that have been thrown out there. What people don't see is the passion, care and raw talent that exists in this sub-culture with people like Patrick.

The car scene is only getting bigger in Ireland and more people like Patrick are putting such effort and work into their cars. We have some amazing cars lined up to show you, so please like us on Facebook to keep up-to-date. If you know anyone with a car worth writing about, get them to send it in to us on Facebook. 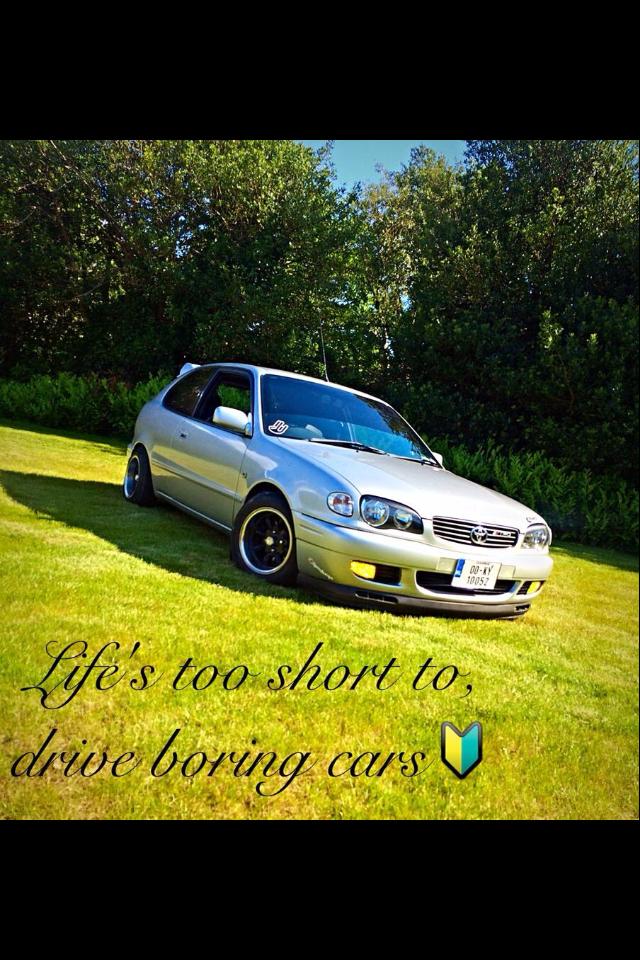