Young Drivers being forced to pay for Government indecision

Ireland pays out some of the highest compensation rewards in Europe.  This is the first issue which needs to be tackled. Below is a statement from September of last year. As you will see, this is not new information, this has been coming for a number of years. The government, and the insurance companies have been warned about it and yet have taken no preventative action. Instead they have allowed the situation to worsen and of course, put the cost of this inaction on the shoulders of young drivers.

We will be organising a national protest as soon a government is formed. We will need volunteers from each county possible to organise support and make sure local TD's support our action. Let us know via facebook, instagram, snapchat or email info@ireland-underground.com if you are in a position to help.

There's no denying it, the roads in Ireland are in pretty bad shape. "In Shite" some would say! As a result of this, it's pretty difficult to keep our wagons in a decent state of repair. From burst tyres, misaligned tracking and dodgy suspension, many are caused (or at least helped along) by the appaling state of the nation's roads. 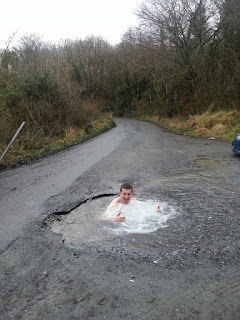 With that in mind, we at Ireland-underground.com have looked into exactly how you can hold your local county council responsible for damage caused by dodgy roads, and get them to pay for it in the process.

For starters, there are three legal terms which cover this. "Nonfeasance", "Malfeasance" and "Misfeasance". The last one is the most important in this case, we'll get to that in a moment.

- Nonfeasance is defined as the neglect or failure to do some act which ought to be done, e.g. failing to keep the road in repair.

- Misfeasance means doing a lawful act in a negligent manner

The important thing to note here is that, in the event of "Nonfeasance" the council is not responsible. So, if the council makes no effort to repair the road, by law they do not have to accept responsibility for any damage done to your car as a result. There was an attempt to change this situation by Section 60 of the Civil Liability Act 1961, but the minister of the time refused to sign off on it.

However, in the event of "Misfeacance" the council IS responsible and should, by law, compensate you for your claim. Basically, if the council has attempted to repair the road, but made a shitty job of it.

The burden of proof is down to the driver, so when the damage happens, you need to prove that there is evidence there that the council have made an attempt to repair the road. Take pictures of the road, and the damage to your vehicle.

The best example of this is where potholes have been filled in, yet the road is still uneven and bumpy.

This won't guarantee you anything, but it's the best shot you'll have. Please share this to make everyone aware.

Sick of soaring insurance costs? Join the fight against the extortion of young drivers here

taken from http://www.independent.ie/
The minister has blamed an "increased engagement of solicitors in the handling of claims" as one of the main causes for rising costs.
However, Mr Noonan also said that he has no power to interfere in the cost of insurance products.
He noted the number of claims coming before the courts remains "steady" but a greater number of people are taking their case to the High Court, rather than the Circuit Court, in a bid to get a larger pay-out.
"This reportedly leads to cases taking longer to settle and increased cost per claim," Mr Noonan said.
Premiums, particularly for motorists, have soared by as much as 30pc in the past year.
Among a series of reasons listed by Mr Noonan was the "improving economic conditions" and "a comparatively high level of insurance fraud".
A Review of Policy in the Insurance Sector is being undertaken in consultation with the Central Bank and other Departments and Agencies.
His Fine Gael colleague and Jobs Minister Richard Bruton suggested rules which regulate awards handed down by the courts should be reviewed to allow more consistency.
He said this would end claimants "feeling the courts (service) is almost like lottery".
Mr Bruton said more cases should be dealt with by the Personal Injury Assessment Board (PIAB) as a "non-legalistic" alternative, pointing out that awards have remained "stable".
"They handle about 12,000 out of 34,000 [claims], handling less than a third," he said.
"We need to have much more knowledge of what is happening outside the PIAB than inside."
But Fianna Fáil's Dara Calleary said that the board was limited by the legal service.
"It has frustrated at every turn at a legal community who do not want to lose control of this particular market," he said.
"It is a very lucrative market for themselves."
On flood insurance, Mr Noonan said it was important that homeowners in at-risk areas have access to cover.
"A fully functioning insurance sector should be able to provide this at a reasonable cost," he said.
"My officials are undertaking research in the area of flood insurance which will include an analysis of the different approaches to flood insurance taken in other countries."

On Saturday we reported that we were launching a national campaign against the extortion of young drivers by insurance companies. Today, after speaking with Martin ferris TD, we are happy to announce that the Sinn Féin party are bringing the issue to Dáil Éireann this week.

We are happy to see at least one political party make a genuine effort to put this on the national agenda. The motion will be tabled by deputy Pearse Doherty.

We will monitor the reaction from the other parties, if the issue seems to be taken seriously then we will continue to lobby the government until we get real results. If not, we will be organising a mass protest in Dublin.

Want to take action against this injustice? Check out our previous post

A Call to Action

As all us motorists will know, insurance premiums have become almost entirely un-affordable. Massive compensation payouts and fraudulent claims, supported by a judicial system which makes it easier to pay out rather than fight the false claims, have resulted in insurance companies pushing the cost of premiums up massively.

We have already discussed the issue the Michael Healy-Rae TD who has sat before insurance companies in relation to this issue. From speaking with him, it is clear that fraudulent claims are the primary reason for the hike in costs. The cost of fighting fraudulent claims in court far outweighs the cost of simply paying out, so this is what the insurance companies are doing. We need to fight back against this, we need the court system to take a firmer stance on these claims, no more €30,000 payouts for "whiplash". We also need to fight against the insurance companies loading the additional cost on younger drivers. We are hard pressed enough as it is.

If we cannot get anything in motion from the political system, we will organise a mass demonstration in Dublin. We will bring thousands of cars along all the major roadways into Dublin and bring the city to a standstill.

This fight is just beginning, we will persevere, we will be heard, we will win! 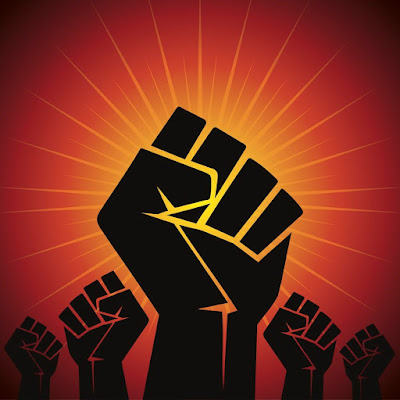