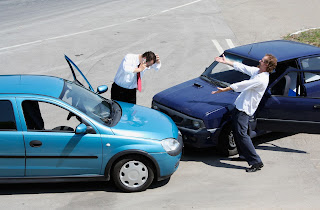 For too long, motorists in Ireland have been burdened with excessive costs. From Fuel and Insurance to Motor tax and general maintenance. For far too long motorists have been seen as an easy target for taxes. We have to put up with a two-tier tax system. We have to drive on poorly maintained roads which councils are unwilling to accept legal responsibility for. We have to put our cars through a flawed NCT. On top of all of this, our insurance premiums are increasing an average of 35%.

The issues being put forward are the excessive payouts awarded from claims against insurance companies and poor pursuit of fraudulent claims. The group also asks that the government follow up on issues raised by Liadh Ni Riadha MEP, that noncompetitive pricing practices are in play throughout the industry.

It is also claimed that poor business models have led to the current situation. It is believed that, previously, insurance companies were underselling their premiums and using those same premium payments to purchase bonds in other European countries. Now that this gamble has failed, they are punishing Irish motorists for their failed gamble.

The group would also like to see restrictions lifted on insurance companies from Europe operating in Ireland. Drivers in neighboring EU countries are able to avail of premiums up to 400% cheaper than those in Ireland. Despite the free market, European insurance companies are not permitted to insure Irish based drivers without having an office in the country.
The group have called on the Irish Government to take immediate action.


"It's gone on for far too long now, and the situation is getting worse by the day, young drivers are laboured with quotes as high as €14,000. Insurance companies are refusing to quote cars older than 15 years old, which are the only cars some can afford to purchase".

The demonstration is scheduled to take place on Saturday, July 2nd at Midday in Dublin.

See our Facebook page for more information.
No comments:

Modded diesels are one of the most popular trends in the Irish car scene at the moment. Not only are they cheaper to run, but they look good too!

Take this Jetta sent to us by David Clancy. This car looks sleek, prestigious and powerful all at once. Brought in completely standard from England, David has put an immense effort into this beauty. 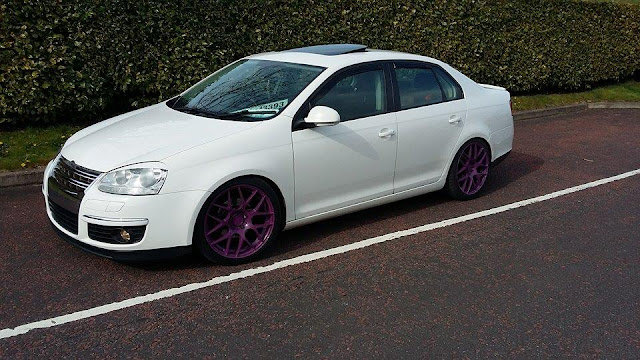 The front-to-back flow on this car is spectacular, everything looks perfectly natural and streamlined. Starting from the stripped chrome grille, tidy lip and newly fitted fog lamps at the front, combined with those menacing eyelids, it all runs smoothly into the back where the roof and boot spoilers extend seamlessly off the original body parts. 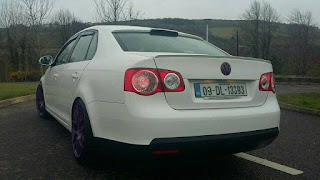 The car rests lowered on fully adjustable coilovers, sitting on top of those stunning cadbury purple 18 inch boston alloys. The contrast between the rims and the body paint is definitely eye-catching and is sure to turn heads.

We love the simplistic, clean-cut look of this Jetta. No rice-ism to be found here. From front to back, this car is up there with the nicest modded diesels we've seen so far. But don't take our word for it. Let the pictures speak for themselves. 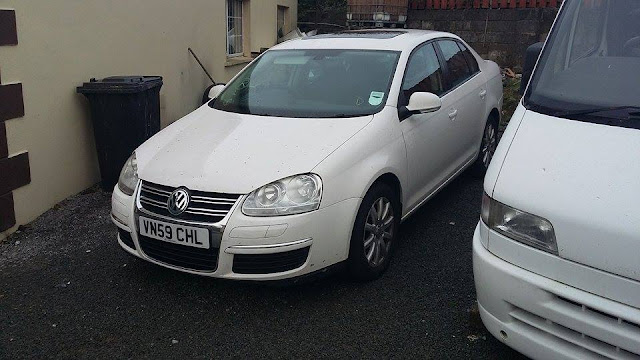 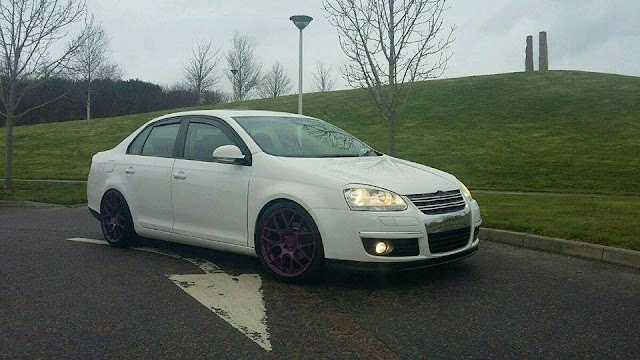 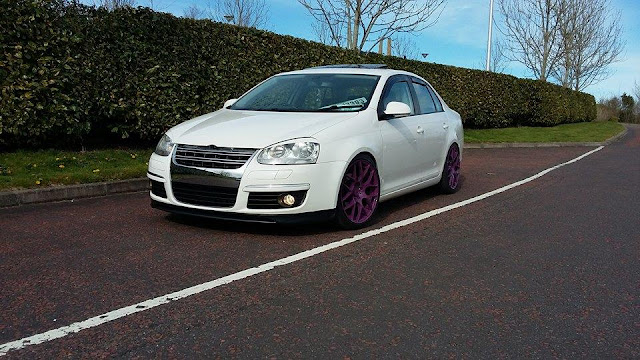 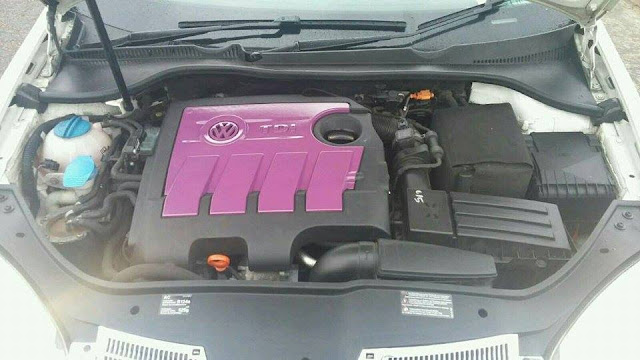 We've covered a lot recently about how much insurance has gone up in recent months and years. So with that in mind, it might be worth showcasing what you can do with a lower powered and (You would imagine) easily insured car.

The feature profile here is a Toyota Starlet built by Shane Cahill. Shane found this Starlet parked up at the back of a house about 2 years ago. It was a faded, worn, tired desperately depressing little car in need of some TLC. Step forward young Master Cahill to save the day!

What Shane has since done with this pocket rocket, is show what you can do with a little car and a lot of creativity. As he says himself, there are a couple of Glanza reps in his area, so he didn't want to go down that route. He wanted to stand out, do something a little different. The result is a beautiful little wagon with a Glanza rep rear and original (almost) Starlet front-end.

So what exactly did he do to bring this car back to life?

In the two years since picking it up he has given the car a much needed full respray. It's been lowered on coilovers all round onto a sweet set of  cades and fitted a straight through exhaust onto a Janspeed back box. He's fitted yellow spots on the front above a tidy Laguna splittter to keep the car close enough to that original look, but also make it stand out in a crowd.


The rear windows have a dark black tint and he's fitted a Glanza boot, spoiler and back bumper. On the interior he's kept it to the original Starlet look as much as possible but switched out the old steering wheel for a deep dish OMP. 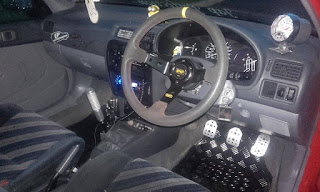 There was no small amount of effort put into this car to make it as clean looking as it is today. Hours of dedication to fuel this labour of love. Yet more evidence of the passion Irish people have for their cars. There are plenty of these tidy little cars knocking around, each with their own unique flair to them. Ideal for those starting out but who don't want to stick to a standard looking car. The only thing limiting what can be done with these cars is your own creativity.

If you're in need of any inspiration, take a look at these other mini monsters sent into us on Snapchat. 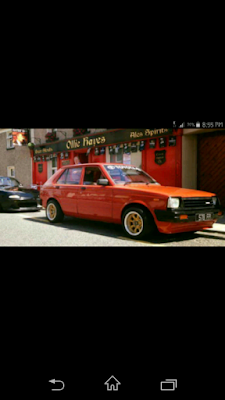 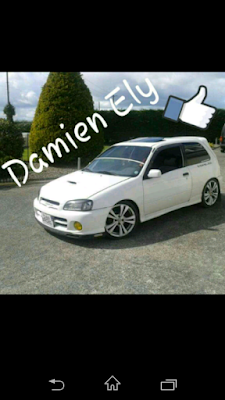 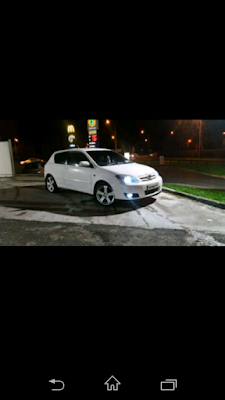 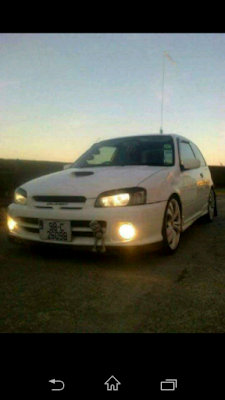 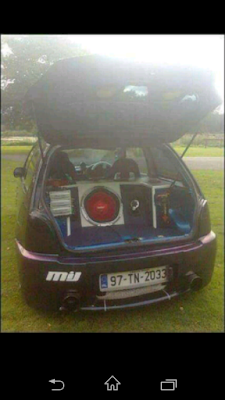 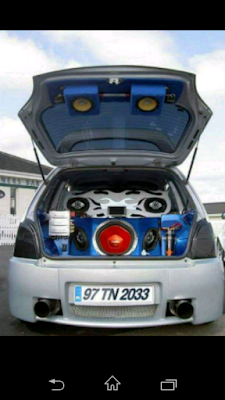 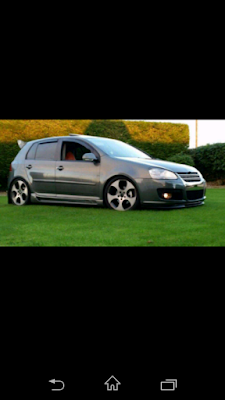 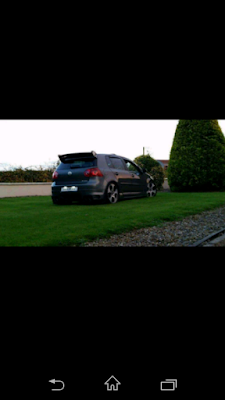 While you're here! Check out Patrick Foley's gorgeous Corolla

National Demonstration Against the Rising Cost of Insurance

As you will all know, the cost of car insurance has risen drastically over the last couple of years. we have finally reached breaking point and now is the time to act. The issue has been debated in Dáil Éireann on a number of occasions, but, to date there has been no political intervention. This is is typical of a government which has allowed corporate greed to screw over the people of Ireland time and again. a recent report in the Irish Times stated that insurance companies have admitted to hiking prices to become more profitable rather than as a response to the issue of insurance fraud or excessive claims payouts.

In response to this, we feel it is only right that the people most affected by this voice their anger. It is time for the young drivers of Ireland to stand together and push back against this injustice! 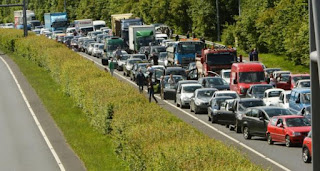 On the 2nd of July, we plan to hold a major demonstration in Dublin. We need cars from all over the country to convene in Dublin on this day. We need local volunteers in as many counties as possible to set up meeting points so that drivers can join in a convoy to Dublin. Together we can make this the largest demonstration the country has seen in recent times, we will take over every major route into the Capital and drive to the gates of the Dáil where they will hear our voices. On July 2nd, we will undertake the largest cruise this country has ever seen. Thousands of cars, thousands of voices all united against our oppressors! Join the fight, on July 2nd we go to war (well not exactly but you get the picture).

To become the local organiser for your area. Send us a message on Facebook.

We ask you to write to your local TD's to ask their support for this. Join the event on Facebook and share this far and wide.
Join the Event Here