There's a certain stereotype attached to people who own and drive cars with any form of modifications on them. The general consensus is that owners of these cars are reckless and dangerous. I have seen comments on various online forums decrying "boy racers" as scum and a danger to the general public. While I accept that younger drivers are statistically more likely to be involved in an accident, I vehemently oppose the idea that owners of modified cars are in any way more dangerous on the road just because their car is modified. 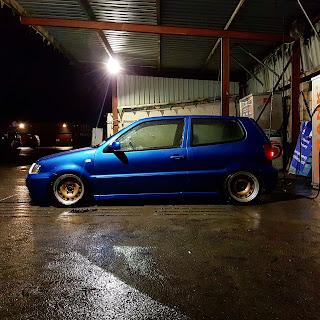 A dangerous driver will be just as dangerous in a Honda Civic as they would be in a Volvo. In fact, I would be of the opinion that, if someone has put time, money and effort into personalizing their vehicle, they would be more likely to take car of it as much as they can. I meet dangerous/idiotic/inconsiderate drivers on a daily basis. Very few actually drive modified cars. The majority are driving newer executive class cars which speed past at every given opportunity (even if I'm already at the speed limit) or little old hatchbacks which insist on going everywhere at 20km/h holding up a line of 50 cars behind them.

I have, on many occasions, been treated like absolute shite just because of the car I'm driving. Especially around May bank holiday weekend (Rally of the Lakes time, or "Boy Racer" witch-hunt season to many). I've been shouted at, threatened and had stuff thrown at my car even while parked, giving no indication whatsoever that I could be poor driver or a "menace to society". The only hint being my lowered suspension, tinted windows or, a few years back, my rear spoiler...(yes I had a ricer car and I make no apologies for it! 😎 )

Car modification is a passion and a culture that is just getting stronger in Ireland. It is harmless, fun and creative. It's something that should be encouraged, not frowned upon. Planning a build and seeing it come to fruition is one of the most rewarding past-times a person can have. Besides, if we're spending money on our cars, we can't afford drink and drugs!

Punish us for how we drive, not what we drive.