It's been some time since there has been any meaningful update from the Government in relation to the tackling of motor insurance premiums. I had hoped for swift action from Leinster house on this matter, but sadly that is not the case. Each day this debacle is allowed to continue means hundreds more people unfairly out of pocket. It is past crisis point at this stage.

Today I have written to Minister Noonan to request a meeting to discuss this. I am hoping he will be willing to talk with me so that we might at least get an idea of a timescale for the Governments measures.

Should I not get an answer, or should we not see signs of progress, then I believe it is time to look at arranging another demonstration (hopefully with a better turnout this time).

Keep an eye on our social media accounts for updates.

All this month our readers can get 10% off at virgotyres.com. Use our exclusive discount code "iuapr2017discount" at the checkout.
No comments: 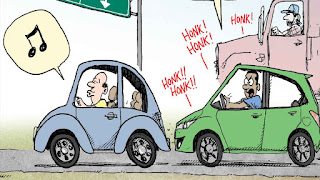 This has to be the single most frustrating aspect of driving, not just in Ireland, but anywhere. You're tipping along nicely at 100km/h, round the next bend and get stuck behind someone doing 50km/h with no opportunity to pass. It's not too bad if this person has the consideration to pull in and let you (and the 50 or so cars building up behind you) pass, or if you can overtake. But 99% of the time, they are going to trundle along with no consideration for the increasingly frustrated drivers behind them. 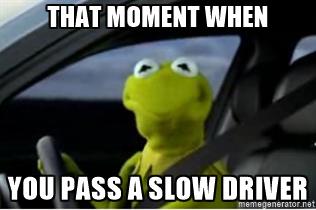 Now, most people will say be patient and don't rush. But is that really possible when you're trying to get to work in the morning, or get to the airport or how may other appointments. It's already being acknowledged by authorities in North Carolina that slow drivers are a danger to other road users. People don't think straight when frustrated or upset, they will make rash decisions which could end up causing accidents. It's far too simplistic to say people should stay patient and sit in traffic behind them and I can't understand why it's not something that has never been seriously addressed by a transport minister.


If you possess a full driving licence, there is no reason you can't drive at (or just below) the posted speed limit. Fair enough if you're a learner (or rental cars I suppose), but other then that...MOVE YOUR ASS!

All this month our readers can get 10% off at virgotyres.com. Use our exclusive discount code "iuapr2017discount" at the checkout.

As written by an insurance company

1. They don't even drive new cars

If these young chaps weren't so crude as to drive outdated cars then of course we would offer lower premiums. We must punish them for being so inconsiderate as to think that an NCT validates a cars worthiness for insurance (perish the thought!). I mean seriously, why don't they just buy a 2016 model?

2. Everyone else is taking money off them, why shouldn't we?

It's only fair. If landlords are allowed to take so much off them for rent. They can obviously afford it. We need to get our fair share too!

3. I need a third holiday this year

Seriously though, you don't understand the stress I'm under. I only made 250k last year, I need that extra trip to the Maldives. You can hardly expect me to pay it myself?

4. What are they gonna do about it anyway? 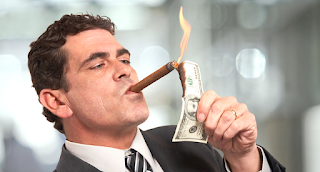 It's not as if the Government considers youth a top priority! "Make hay while the sun shines" and all that. It's not my problem if employment prospects are so dire that they're stuck in low-income jobs. That's their own fault.

Unlike those vulture insurance companies, we actually care about young drivers. To help you out with maintaining your car use promo code "iuapr2017discount" to get 10% off on virgotyres.com for the month of April.