Despite assurances that it is working towards stabilising and reducing the cost of insurance for embattled Motorists, it has been reported today that the Government is set to introduce another 2% levy on top of premiums.

The levy, a response to the collapse of Setanta Insurance, is set to last for 7 years. This is yet another example of the governments lack of consideration for cash-strapped motorists who have been burdened with ever increasing costs for a number of years now. After progress implementing the recommendations of the cost of insurance working group ground to a halt, it seems as if this latest decision signals a complete about-turn in the governments efforts to alleviate some of the financial strain on all categories of motorist.

Ireland Underground condemns this decision in the strongest possible terms. It is an inconsiderate move by the government to force motorists to pick up the tab for the mistakes of a private business and those who regulate the insurance market.
No comments:

Minister being misled by insurance companies regarding tracking devices

Junior minister for finance Michael D'Arcy has recently been quoted as saying that young drivers should have tracking devices installed in their cars to help reduce premiums by 50%. According to the minister, young drivers are "choosing to pay a higher premium" rather than use telematic devices on their vehicle.

This information is presumably being supplied to the minister from the insurance companies, however, the facts on the ground appear to directly contradict this. In a single post on our Facebook page we have shown numerous instances of these devices either making no difference to premiums at all, or being too inconsistent to be reliable. Short journeys are not accepted for many companies, others threaten you with cancellation of your policy if you do not meet their minimum mileage requirements, others still charge you more if you go over their maximum mileage allowed.

To say that young drivers are "refusing" to use this technology is grossly unfair and naive on the ministers part.

"Tracking devices will not change the extortionate rates young drivers are charged, regulation will", according to Sinn Fein Councillor, Toireasa Ferris.

Councillor Ferris insists that the ministers efforts would be better used "establishing a mutual insurance fund or regulating the private insurance sector".

Despite CSO statistics showing the average cost of motor insurance declining in the last 12-18 months, many individuals, particularly younger drivers are still paying sky-high premiums and struggling to get on the road. It is particularly difficult for those in rural areas where public transport is not an option.

The department of finance has been dragging its feet on this matter for far too long, it has had numerous submissions over the last 2 years with various options for tackling the extortionate cost of insurance. It has long since past crisis point. The private insurance sector itself has had many opportunities to correct itself and still refuses to do so. Perhaps it is time for Ireland to look at an altogether different system of insurance. A no-fault system, much like New Zealand, has often been mentioned but not fully analysed by the department. It may be that such a radical change is beyond this current government, it would almost certainly upset the interest of the companies involved in the sector. It would likely, however, be of benefit to the people. 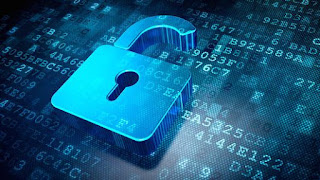 Leaving aside the above, for the minister to suggest that these devices become mandatory for young drivers in the future is particularly worrying in the current climate given the significant data breaches that have occurred of late. Insurance companies already garner little trust from the general public given their lack of transparency and cartel-like behaviour. There is nothing to suggest that they can be trusted to store the data they gather in a responsible way. If nothing else, it would be a major breach of our right to privacy to force these devices on us.
36 comments:

Fury over lack of insurance reform

Policy holders have been 'thrown to the wolves' by Government

The Alliance of insurance Reform has expressed its intense disappointment at the slow pace of reform in the insurance and judicial industries following a meeting with Michel D'Arcy TD, Minister of State with special responsibility for Insurance at Government Buildings today.

Speaking after the meeting, Eoin McCambridge of McCambridges of Galway and director of the Alliance said:
"The Government promised  'to identify immediate and longer term measures which can address increasing costs', when they launched the Cost of Insurance Working Group in September 2016. We turned up at Government Buildings today expecting news on significant actions. What we have got instead is death by a thousand consultations and the dead hand  of vested interests . The hard-pressed motorists, charities, voluntary groups, sports clubs and businesses around the country cannot wait for reform.  It must happen now.
The Government has been hoodwinked into believing motor insurance premiums are on the way down. In reality, they are up 42% since January 2014, with increasing numbers of young drivers and owners of older cars unable to get insurance at all.
Meanwhile, charities, voluntary groups, sports clubs and businesses are reporting enormous increases in their liability insurance premiums, a crisis happening behind closed doors due to the lack of any data from the secretive insurance industry. We feel like we've been thrown to the wolves by the Government with no real help in sight."

Ivan Cooper, Director of Advocacy with The Wheel (Ireland's national association for community, voluntary and charitable organisations) said after the meeting:
"The insurance issue is increasingly impacting on our members in terms of their costs and the restrictions placed on their activities by insurance policies. This situation is unsustainable as it is a block on voluntary organisations who want to contribute to Irish society. We are calling today for an acceleration in the pace of reform in the industry."

Also speaking after the meeting was Peter Boland of the Alliance for Insurance Reform. He said:
"The CIWG Reports are now littered with examples of positive-sounding actions that have been interminably delayed or neutered. For example, a protocol was proposed that would oblige insurance companies to notify a policyholder of claims made against them before settlement. This was supposed to be in place since the end of 2017 but has disappeared into the  ether.
Likewise, a Garda Unit specialising in insurance fraud and funded by the insurance industry was due to be in place by the end of last year. Again, this has disappeared without trace.
Furthermore, what has been completed is completely unsatisfactory. For example the insurance industry was to be compelled to explain large premium increases to motorists. Instead, what was agreed between the industry and the Department of Finance was a blend generic statement that will be sent out with every premium increase and is a masterclass in saying everything and saying nothing.  (https://www.aig.ie/existing-customers/renewal-quote-explained)

"Overall, the Government's CIWG is turning into a long-term process and there is no point in a long-term process to address an urgent issue. The actions the Alliance are focusing on are ones we believe to be just, proportionate, feasible, achievable within a limited timeframe and ultimately, we believe, effective."

The actions the Alliance wants taken right now are :
PREVENTION OF FRAUDULENT, MISLEADING AND EXAGGERATED CLAIMS
·         Link Sections 26 and 25 of the Civil Liability Act 2004 so that if a claim is dismissed because it is false or misleading, it is automatically referred to the Gardai for prosecution under Section 25.
·         Push on the establishment of the Garda Insurance Fraud Unit funded by Insurance Industry
·         Regulate claims management companies (claims harvesters)
CONSISTENCY
·         General damages to be consistent with comparable European norms
·         Tariffs for specific injuries to be proportionate with the Court of Appeal cap of €450,000 for catastrophic injuries
·         Consistency in the awarding of general damages among judges
TRANSPARENCY
·         Transparent data on the insurance industry so that we can identify why the crisis is happening
·         Transparency from insurance companies on why individual premiums are increased
·         Transparency from insurance companies on how, when and why claims are settled.
Commented McCambridge, "It was agreed that the Alliance would meet the Minister and his team again soon to follow up on progress. We will be expecting a lot more action soon if reform is going to make any difference for our members".
4 comments: